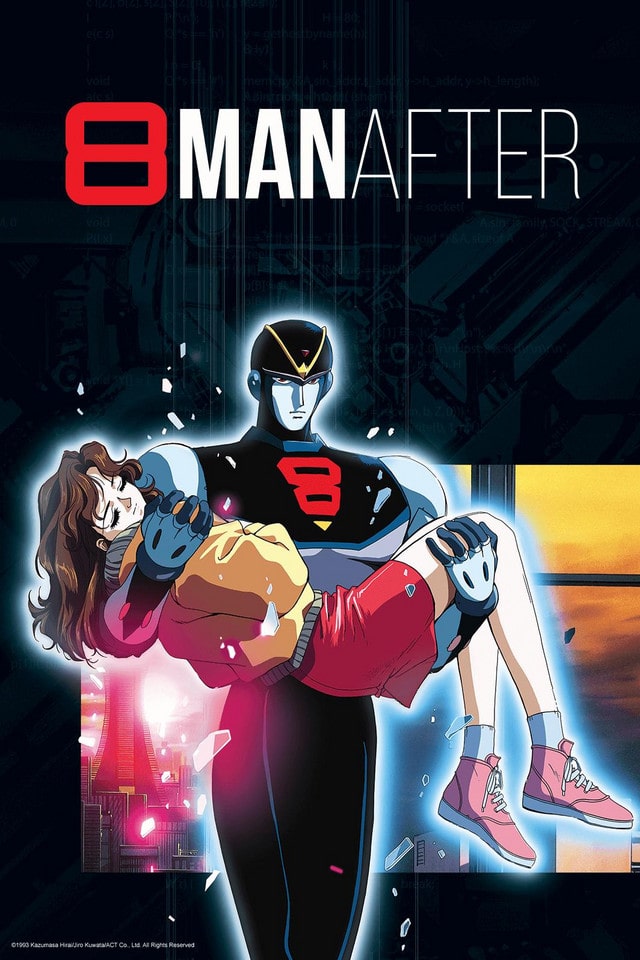 Since the recent disappearance of 8 Man, a mysterious cyborg super hero created by Professor Tani, the city reels under “terrorist” assaults from murderous drug-crazed street gangs. Hazuma, an ex-cop who now runs his own detective agency, is hired to track down a missing scientist alleged to have made off with cybernetics from Dr. Tani’s laboratory. During his investigation Hazuma is brutally murdered. Dr. Tani uses Hazuma as a bio-template to replace the missing 8 Man. As cover, 8 Man maintains the original persona of the detective, yet must cope with the duality of private eye and hero.

Noein: To Your Other Self