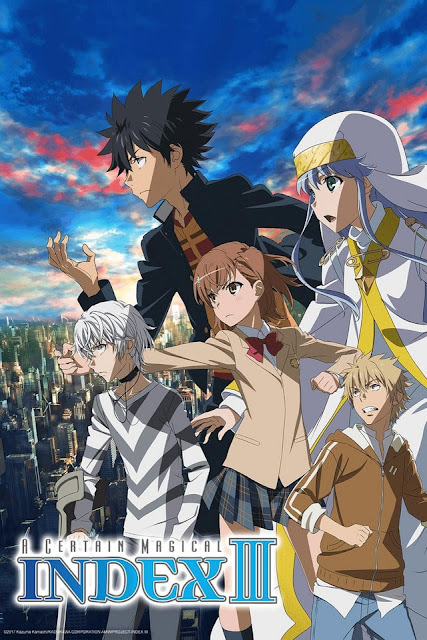 Touma Kamijou can’t catch a break. After the invasion of Academy City, political tensions continue to rise as both the science and magic factions collide head on. It appears that Academy City intends to declare war against the Roman Catholic Church, consequently plunging the whole world into global warfare. Touma soon finds himself on the front lines once again, striving to protect his friends and allies.

A Certain Magical Index III serves as the last installment of the original franchise as Touma, Accelerator, and the true Level 0 Shiage Hamazura continue their separate journeys, leading up to the final act of the original light novel series.