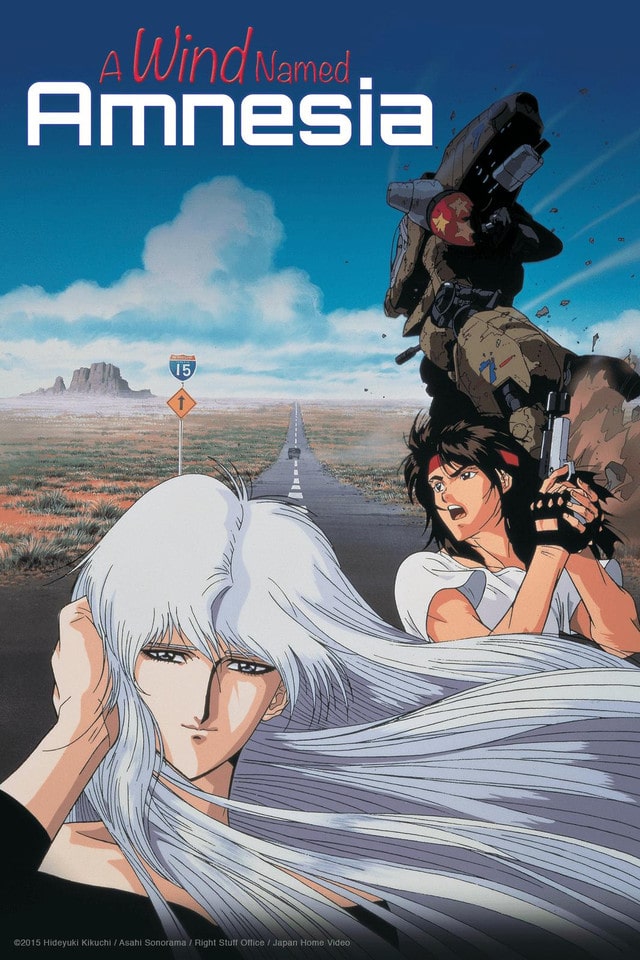 Two years ago, a mysterious wind swept over the Earth without warning, taking everyone’s memories with it. Not knowing their names or even how to speak, cars crashed, planes dropped from the sky, and society crumbled in an instant. One young man happens to wander into a military testing facility, where he meets Johnny, a young boy who underwent experimental memory enhancement treatment and could, therefore, still remember who he was. Johnny names the young man Wataru and teaches him everything that he can before his frail body fails him.

Wataru sets out on a journey to see if he can find other people like him, and in San Francisco, he meets a mysterious silver-haired woman named Sophia, who refuses to speak about her past. Sophia says that she is heading to New York, and decides to travel together with Wataru. As the pair make their way across America, they learn about what has happened to the rest of society, and what the essence of humanity really is.

Alternative Titles: Kaze no Na wa Amnesia, Kaze no Namae wa Amunejia, The Name of the Wind is Amnesia, 風の名はアムネジア