Home » Drama » Anohana: The Flower We Saw That Day – The Movie
A-Z list 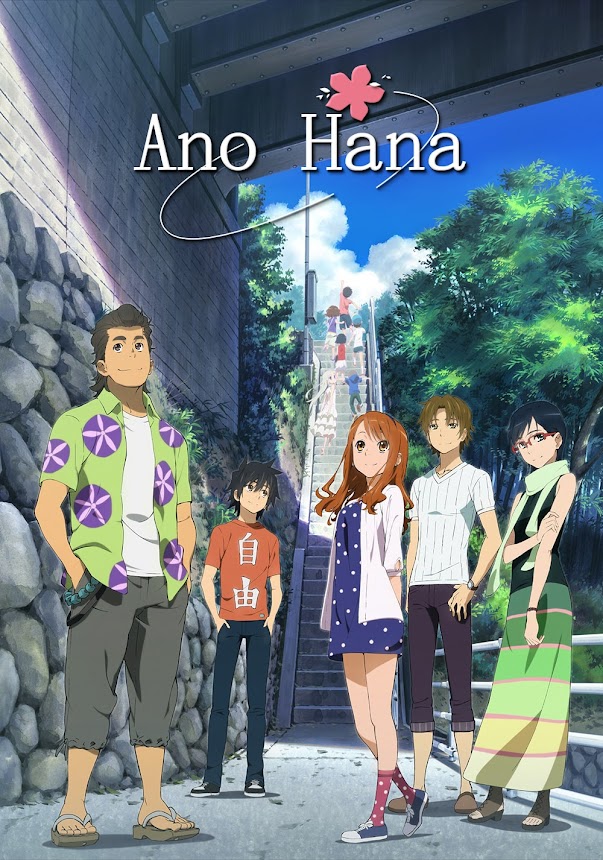 Anohana: The Flower We Saw That Day – The Movie

Prequel: Anohana: The Flower We Saw That Day

Jintan, Menma, Anaru, Yukiatsu, Tsuruko, and Poppo – six grade-school students who were the best of friends. As the “Super Peace Busters,” they always played together at their “secret base” until Menma died in a tragic accident.

Five years later, Menma appeared before Jintan, now a high school freshman. No one could see her but Jintan, and Menma told him that she wanted the Super Peace Busters to grant her a certain wish. But not even Menma herself remembered what that wish was.

Having been traumatized by Menma’s death, the five had drifted apart, but after giving vent to their bottled-up feelings in an emotionally-charged moment, they gradually went back to being the “gang” of years past. And then Menma said goodbye, leaving letters to everyone of the Super Peace Busters.

One year later – once again, they gather at their secret base, each of them with a letter to Menma in hand.