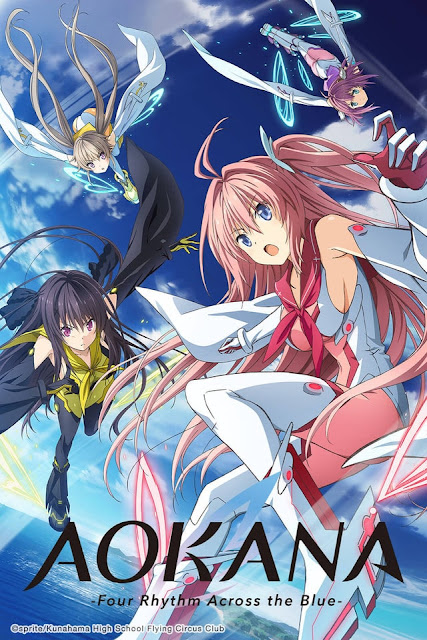 The invention of Grav-Shoes, footwear that function as antigravity devices, drastically changes the world, as they give people the ability to freely soar the skies. Asuka Kurashina transfers into Kunahama High school, where she meets Masaya Hinata and Misaki Tobisawa, finds out about the aerial sport that’s rapidly gaining popularity—Flying Circus—and immediately joins the school’s FC Club. She and her teammates sometimes clash, but they also support one another in the pursuit of their respective goals as they take on formidable rivals and look to triumph in the summer FC tournament.