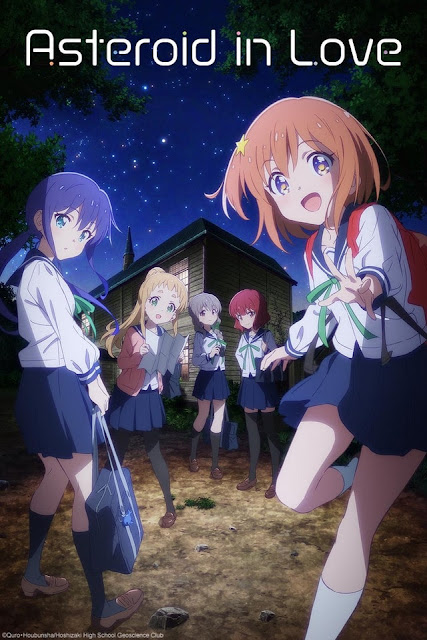 When she was little, Mira Kinohata met a boy named Ao at a town camping. While gazing at the starry sky together, Mira learns that there’s a star with the same name as herself, but no star named Ao. The two then promised to one day explore asteroids together and find a star to name it after him.

Several years later, Mira enrolls at the Hoshizaki high school and decides to join the astronomy club to fulfill her promise. However, she learns that the astronomy club will be merged with the geological research society to form the earth science club. Reluctantly, Mira goes to the club room and is reunited with Ao Manaka—the person she made the promise to explore asteroids with—and is shocked to learn that she is a girl.