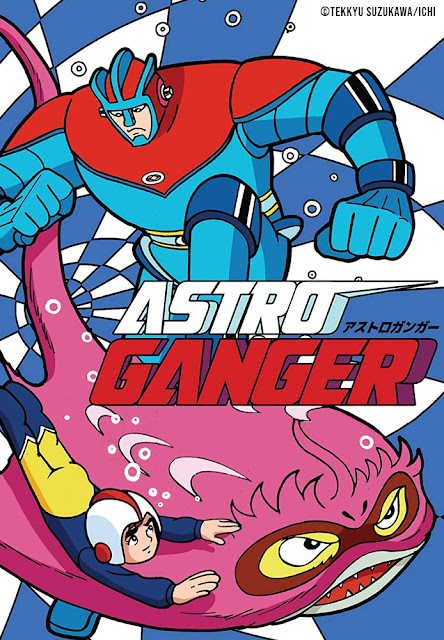 An alien woman named Maya crash-lands on Earth. Her homeworld was destroyed by the Blasters, a cruel alien race who steals the natural resources from other planets. She falls in love with a scientist and gives birth to a human boy named Kentaro. When the Blasters invade the Earth, Kentaro must defeat them by fighting with Astroganger, a robot made from living metal.