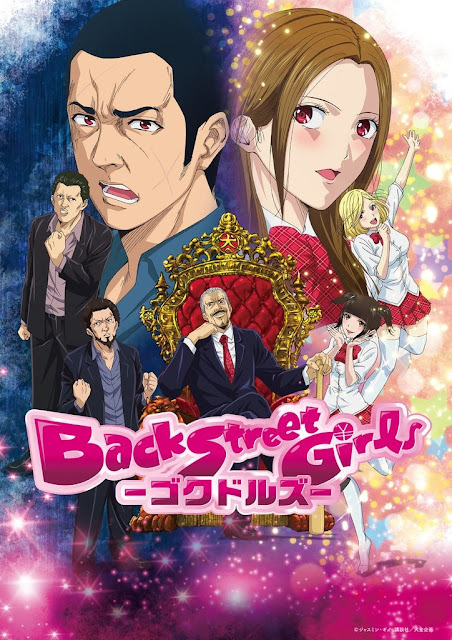 After failing their boss for the last time, yakuza members Kentarou, Ryou, and Kazuhiko are faced with one of two choices: have their organs harvested and sold or take a trip to Thailand for sex reassignment surgery and become pop idols. Now, after a year of excruciating training, the three thugs have been reborn as Airi, Chika, and Mari. Debuting as the amateur idol group The Goku Dolls, the three strive towards becoming top idols.

However, despite the hours of feminizing brainwashing they were forced to endure, the three idols have managed to keep the yakuza spirit alive in their hearts. In order to fix this, their yakuza boss hires Mandarin Kinoshita, a legendary manager who has never had an idol group fail under his management. With their lives now on the line, the reluctant yakuza must work with their new manager to unleash their inner cuteness and become the successful idols that their tyrannical boss can truly be proud of.