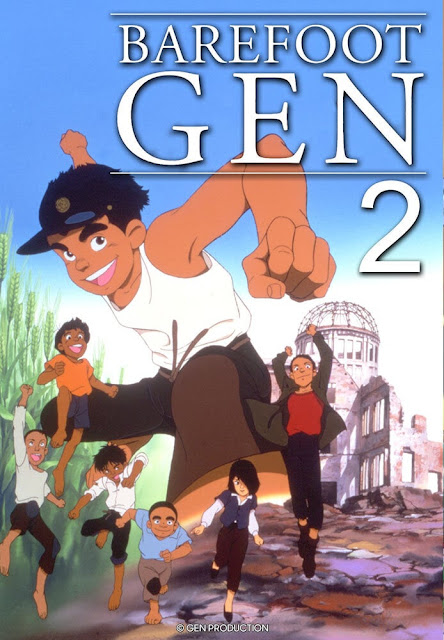 Three years have passed since the bombing of Hiroshima and Gen is now a fourth-grader. Hiroshima is still a ruin, and Gen must scrounge for scrap metal to help keep himself and his remaining family fed, but at least commerce has returned to the land. As his mother gradually grows ill from radiation sickness, Gen and Ryuta befriend a group of orphans led by a tough-nosed older child and including a girl who still bears ugly burn scars from the day of the bomb. An old man suffering from depression is also drawn into the group as they come together to support each other and form a makeshift family. Reality is still harsh, however, as many orphans still die lonely deaths and the grim reminders of what happened linger everywhere.