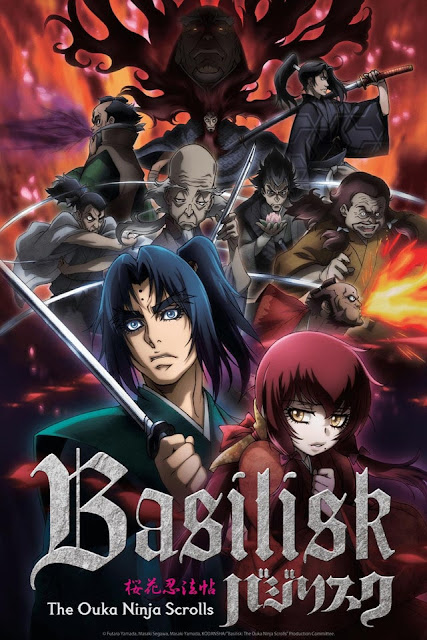 The battle for succession that continued for three generations of shogun in the Keichou era culminated in a gruesome battle of ninja arts between the Kouga and Iga clans. Amidst a rain of flower petals, a man and woman who had decided to live for love were separated once again, beautiful in their transience. However, it is said that by the hand of Hattori Hanzo’s adopted son, Kyouhachirou, these two flower petals, whether temporarily or permanently, were given life again and left two mementos behind. These children, born with a destiny of their own, were called Kouga Hachirou and Iga Hibiki. The former had eyes like his father’s, and the latter had eyes like her mother’s. It is now the Kan’ei era, and the land is at peace. As ninjas begin to disappear into the shadows after being deemed unnecessary, The Kouga and Iga clans ask a favor of Hachirou and Hibiki in hopes of reinforcing their foundations.

Eden of the East: King of Eden

Higashi no Eden Movie I: The King of Eden