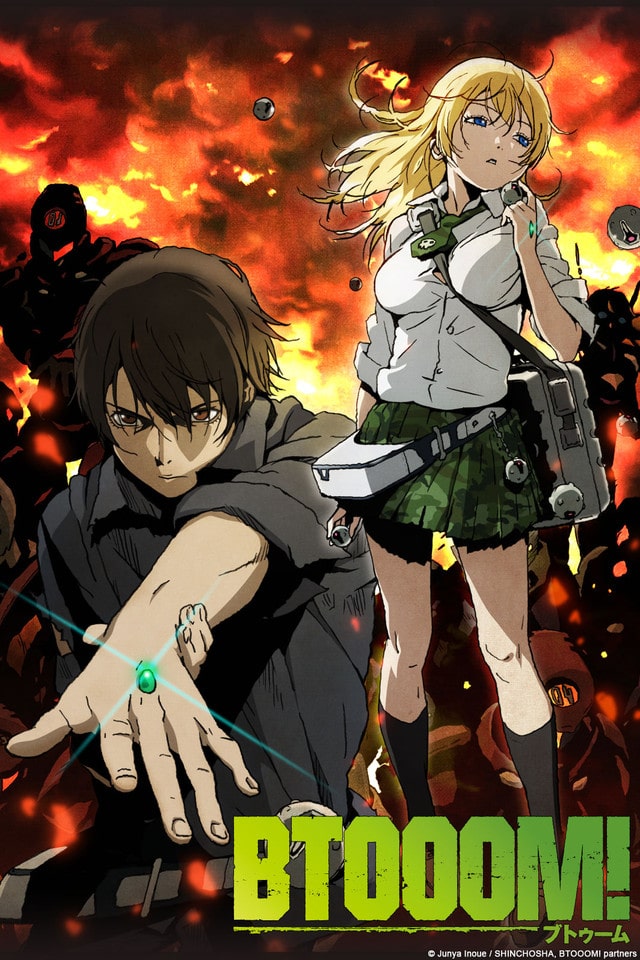 In the blink of the mind’s eye, Ryouta Sakamoto suddenly finds himself transported from playing the hit Btoom! video game to being stranded on a mysterious island, equipped with a day’s worth of provisions, a bag of bombs, a strange crystal embedded in his left hand and a huge gaping hole in his memory. But it doesn’t take long to figure out what’s going on, especially after the first person Ryouta meets tries to kill him. Someone is attempting to recreate the ultra-violent Btoom! game in real life, and the island has been filled with an army of other unwilling players, each armed with one of the multiple variants of explosive weapons called BIM. Fortunately, Ryouta’s an ace Btoom! player, but this insane version of the game has no reset switch or second lives, and there’s only one way off the island: kill seven other people before they can kill you! Can Ryouta repurpose his game based skills fast enough to survive?