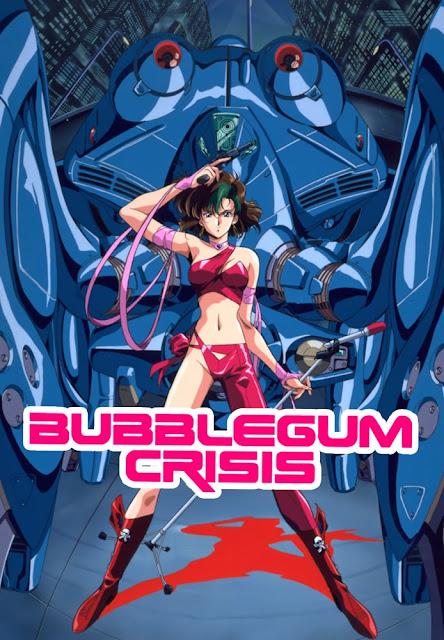 The year is 2032, seven years after the Second Great Kanto Earthquake decimated Tokyo. Now, the city is reborn as MegaTokyo, built from the labors of mechanical beasts known as “Boomers.” Originally created to benefit humanity, the mysterious corporation known as Genom now produces Boomers with incredible destructive power as a new type of advanced weaponry, capable of disguising themselves as humans.

The AD Police is a new special unit to counter the ever-increasing Boomer-related crimes. Overwhelmed by the sheer amount of crimes and disparity in strength, the AD Police poses little opposition to the Boomers. A mysterious vigilante force known as the Knight Sabers, wearing powersuits more advanced than the military, is the citizens’ only hope for protection. Led by Sylia Stingray, Priscilla “Priss” Asagiri, Nene Romanova, and Linna Yamazaki, these beautiful girls take out any Boomer that steps out of line.