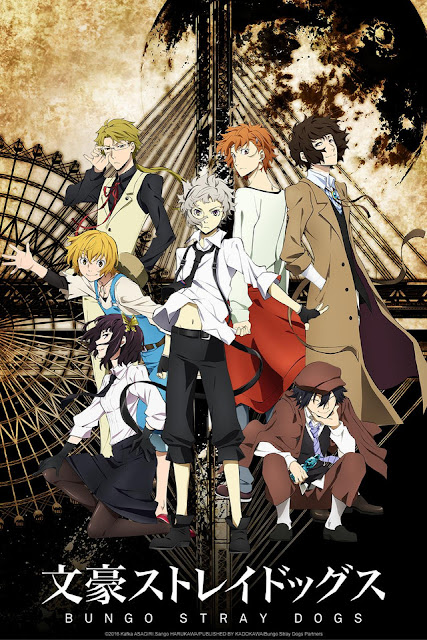 Kicked out of his orphanage and on the verge of starving to death, Nakajima Atsushi meets some strange men. One of them, Dazai Osamu, is a suicidal man attempting to drown himself in broad daylight. The other, bespectacled Kunikida Doppo, nervously stands by flipping through a notepad. Both are members of the “Armed Detective Agency” said to solve incidents that even the military and police won’t touch. Atsushi ends up accompanying them on a mission to eliminate a man-eating tiger that’s been terrorizing the population…

In the virtual city of Yokohama are individuals bearing the name of Bungo, “literary masters,” who possess unusual powers likened to that name. Now begins the battle between the mysterious Bungo powers!

My Roommate is a Cat