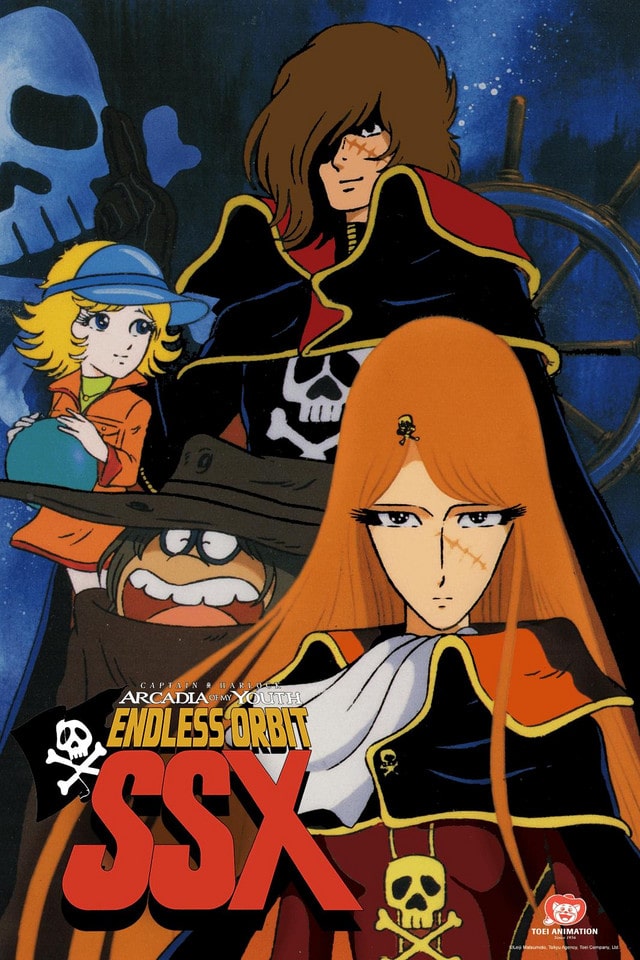 Far into the future, a terrible alien menace named Illumidas has conquered Earth. War hero Captain Harlock and his faithful crew are forced to flee into space on their cutting-edge battleship. As they travel the galaxy fighting injustice, Harlock dreams of some day finding Arcadia, a legendary planet where all humans can be free. Along his journey, Harlock is joined by more valiant young people who share his dream of a better future for all humankind. But the Illumidas, assisted by a brilliant human engineer, will stop at nothing to halt his voyage.