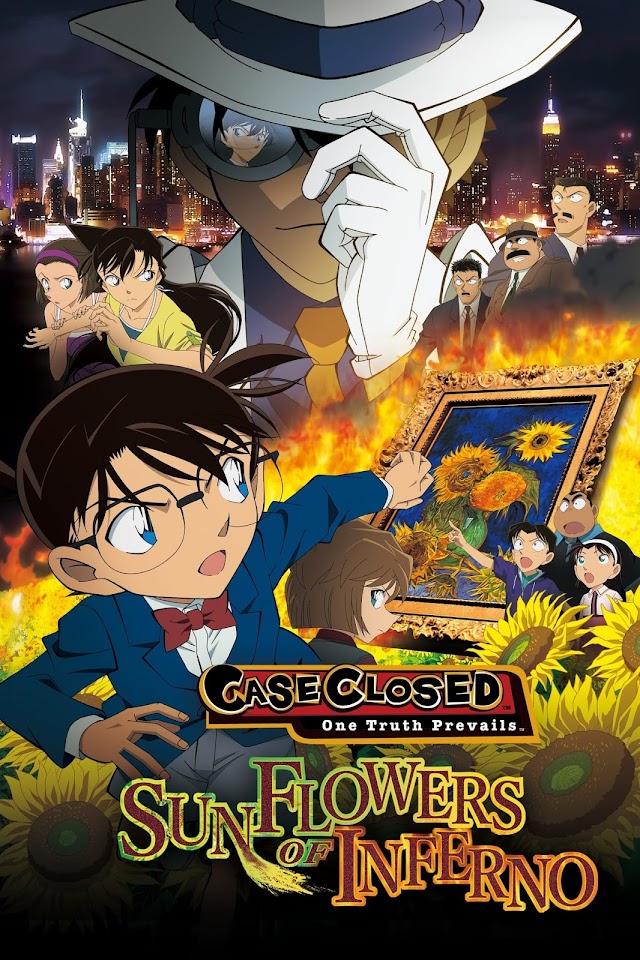 Conan’s rich friend, Sonoko, is in auction hall with her famous grandfather in a skyscraper in New York. The highlight of this auction is one of Vincent Van Gogh’s Master-piece in his “Sunflowers” series. It claims to be newly discovered addition to the seven Arles series of Sunflowers. However, the painting looks exactly like an authenticated one found previously in Japan called “The Second Sunflowers”. Nobody knows which one is real. Suddenly, Sonoko’s grandfather wins the final bid for the picture. He decides to open an exhibition and display a complete collection of Van Gogh’s Sunflowers, with addition of this painting. When suddenly during exhibition, they discover a calling card warning of an imminent heist left by the infamous thief known as Kid.