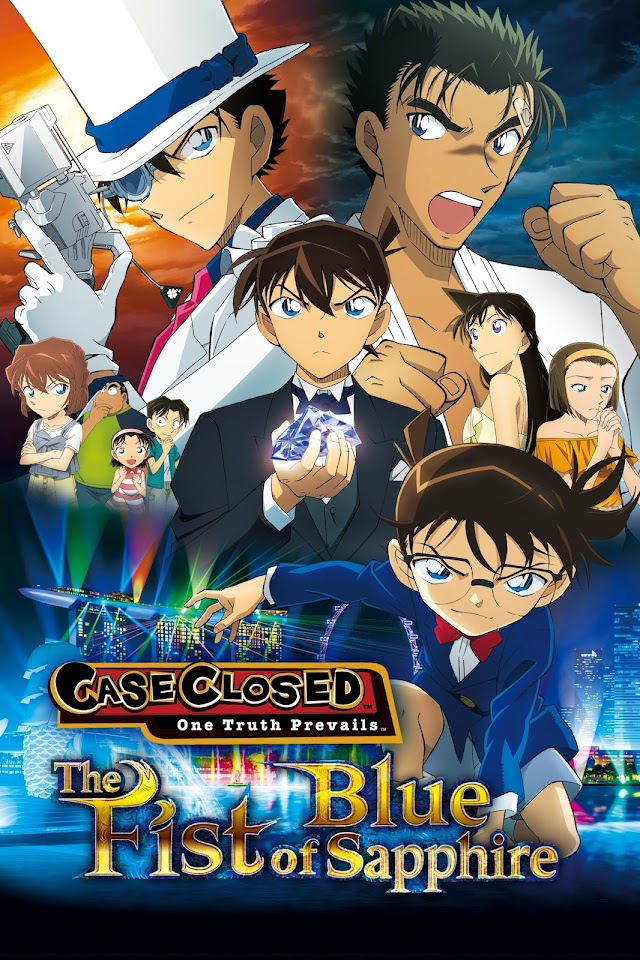 The world’s largest sapphire, “The Fist of Blue Sapphire” was alleged to have been lost at sea near Singapore in the late 19th century. When a local billionaire appears to the public with a plan to retrieve the sapphire, a murder occurs in Marina Bay Sands. At the scene, a bloodied notice card from Kid the Phantom Thief is found. Conan had to stay in Japan, but is tricked and brought to Singapore against his will! Having no choice but to help Kid in order to get back home, Conan is forced to disguise himself. Kid gets information that the blue sapphire is stored in an underground safe of a mansion. He seems to have sneaked into the mansion easily, but a dangerous trap awaits him. There stands Kyogoku Makoto, the invincible Karate warrior with 400 wins and zero losses!