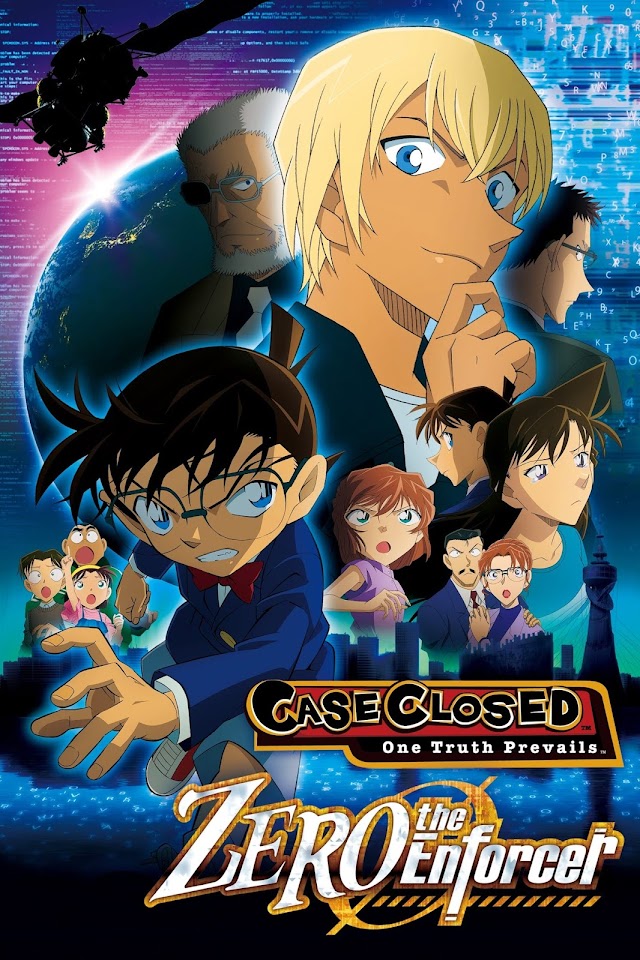 Kogoro Mori, private investigator extraordinaire, is behind bars! The well-liked but bumbling P.I. is linked to a mysterious explosion at Edge of Ocean, Tokyo’s new cutting-edge technology district, and the proposed site of the international Tokyo Summit. Enter Shinichi Kudo, master detective, who still suffers from an age-reversing drug and masquerades as the much smaller master detective, Conan Edogawa! Conan is intent on solving the case and freeing the father of his dear friend Ran, but as he uncovers a mysterious suicide and encounters some puzzling friction between two of Japan’s law enforcement agencies, seemingly every single internet-connected device in Tokyo all the way up to washing machines and cars, suddenly malfunctions. A dangerous hacker is afield pushing a deadly grudge, and to catch them Conan will need to enlist the help of the head of Japan’s Public Security Division: Zero, the Enforcer.