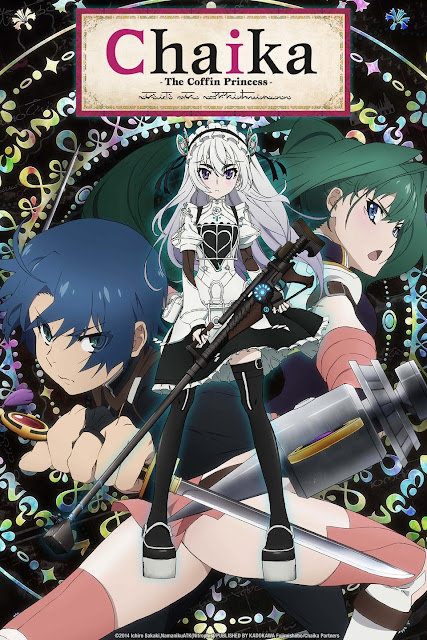 Toru, a young former soldier was left living a life of meaningless self-indulgence after the war ended. While searching for food in the forest, Toru met Chaika, a young girl carrying a coffin, and found a reason to live again. After she gave him a job to do, he declared her his master and joined her, along with his younger sister Akari, on a journey to fulfill Chaika’s goal.

During their travels, other girls who look just like Chaika appear before them one after another, each claiming to be “Chaika” as well. One dressed in red, one in blue, and one in white… but all the “Chaikas” share the goal of gathering the emperor’s remains. Which is the real Chaika? What exactly IS “Chaika”? Many mysteries intertwine in a complex web, all centered upon “Chaika” and the remains. What truth will be revealed when all the remains have been gathered together?