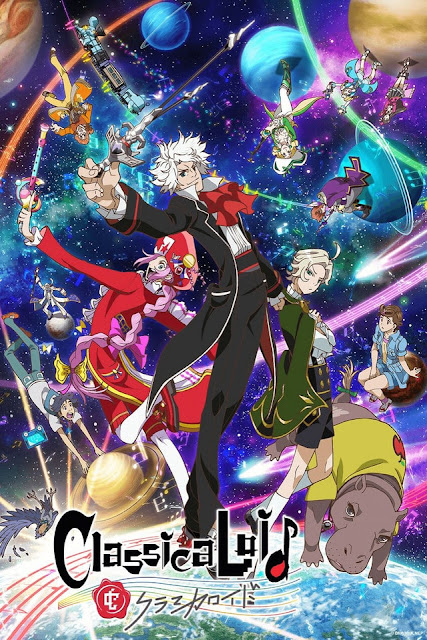 The second season of ClassicaLoid.

The second season of the slapstick comedy ClassicaLoid reunites normal high school girl Kanae with her least favorite house guests. There’s Beet-san (otherwise known as Ludwig van Beethoven) and free-spirited Motz (Wolfgang Amadeus Mozart), as well as fellow squatters Chopin, Liszt, and Schubert. These maestros have already proven they have the skill to save the world with their “Musik,” but with the addition of two new Classicaloids – Wagner and Dvorak – Kanae is sure to be at her wits’ end.