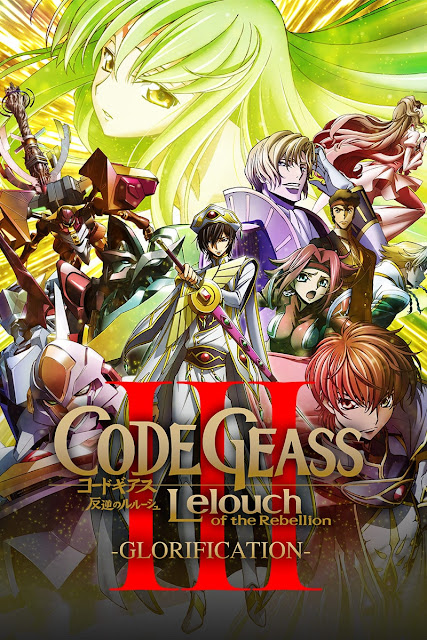 The Black Knights finally clash head-on with the world’s largest nation, the Holy Empire of Britannia. That’s exactly as planned by Lelouch or the masked man Zero. But there’s one bewildering issue he couldn’t calculate beforehand; that is, his kid sister Nunnally. Meanwhile the second prince Schneizel makes contact with the Black Knights and reveals the Zero’s secret to Ohgi, Tohdoh and the others, shaking up their chain of command. The maelstrom of war rages on and on, swallowing up everyone’s anger and sorrow along with their obsessions and wishes. What do they need to do for the future? Here comes the Zero Requiem. It’s a prayer to eradicate the old era filled with hatred and open up the new age. A shocking tomorrow awaits the saga of Lelouch and Suzaku.