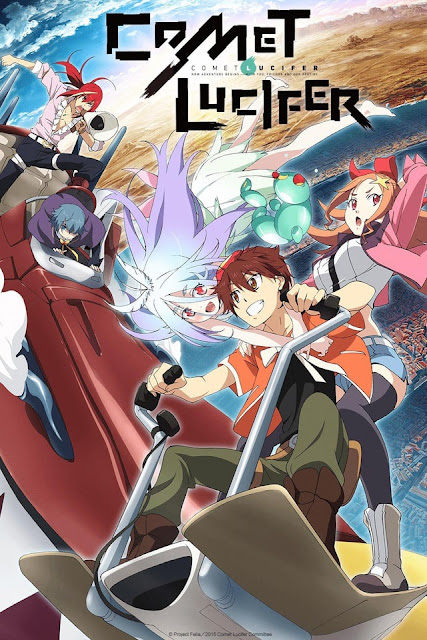 Comet Lucifer is a fantasy set on the planet Gift, where precious crystals called Giftjium are buried in the earth. The main character Sogo lives in a prosperous mining town, Garden Indigo, and loves to collect rare crystals. One day, he gets caught up in a dispute between his classmates, and somehow loses his way deep in the ruins of a mine. There, he at an underground lake, he discovers a blue-haired girl with red eyes named Felia, and his adventure begins.