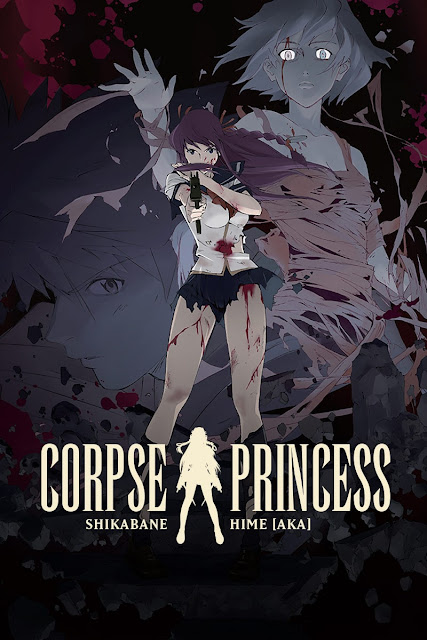 Makina Hoshimura is already dead, but she can’t let go of this twisted world. She burned to death along with her entire family in a fire started by freaks that wouldn’t stay buried. Makina knows she doesn’t belong among the living, but that won’t stop her from unleashing the full fury of her twin MAC-11 machine guns on the rotting remains of those who refuse to die.

She’s hell-bent on filling every empty grave she can find with the monsters that should be six feet under. Makina is a Shikabane Hime – a Corpse Princess – and it’s her job to finish off the undead leftovers haunting the dark corners of a city that used to be safe.

C: The Money of Soul and Possibility Control