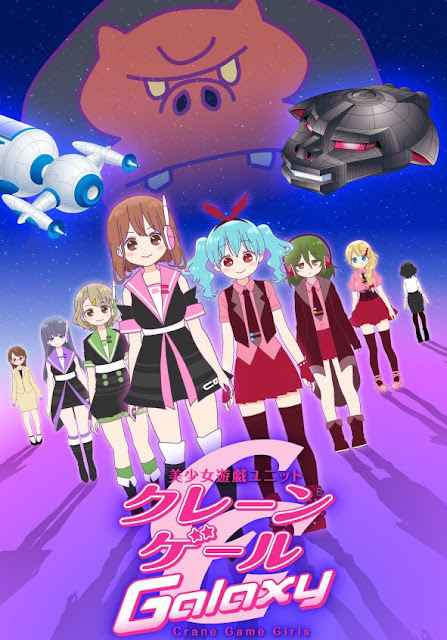 The three Crane Game Girls are on a mission to protect Earth once again.

The Crane Game Girls release hit after hit and become a permanent fixture in the global idol scene thanks to their new manager, Tokiko.

The legendary Crane Game Crystal that was supposed be under strict security in arcade’s secret room suddenly started up and, with a bright beam of pretty green light, launched into space. Tokiko is summoned by Boss and learns that Dark Gorilla is coming to attack Earth again. Boss tells Tokiko that a new crane game, “Galaxy,” has been completed to put up a fight against Dark Gorilla. The three Crane Game Girls are on a mission to protect Earth once again.

But the enemy intelligence that shows up on their monitor is not about Dark Gorilla, but three girls—idols just like them. The three girls aren’t sure they should really fight, but they are under strict orders from Dark Gorilla.

The Tower of Druaga: The Aegis of Uruk

Druaga no Tou: The Aegis of Uruk