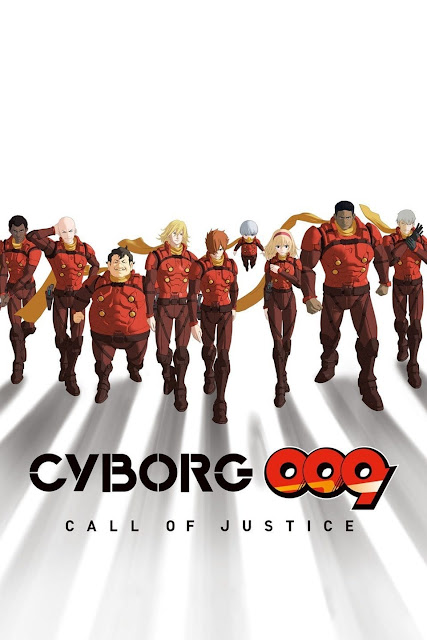 The Blessed, a group of people who possess superhuman powers and intellect, and have manipulated human history since ancient times. Their goals are unknown and they cast a dark shadow over the world.

Though few people believe in the Blessed’s existence, one journalist named Lucy Davenport heads to Texas to contact a certain family, and she meets the cyborgs who escaped from the clutches of Black Ghost and have defended humanity from them and other threats. The cyborgs themselves have been freed from their duty of protecting humanity ever since the establishment of the UN Guardian troops, and they now live quiet lives of peace. However, Lucy’s visit and the return of the Blessed draw Joe and the others once more unto the breach of a new battle.

Note: Netflix Japan will be distributing Cyborg 009 Call of Justice in the Spring Season of 2017, with other territories to follow at a later date. The 3 films will be divided into a 12 episode series for distribution.