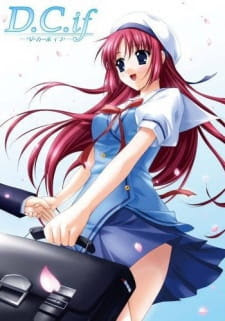 This two episode OVA retelling of the first Da Capo series with the “what if” Junichi Asakura were to return Kotori Shirakawa’s feelings.

An OVA bundled with a PSP game Da Capo: D.C. I & II P.S.P. It features animated confession scenes for the four main heroines of the two games, Nemu, Kotori, Yume, and Otome.

The project is a spinoff from Circus’s D.C. Da Capo franchise and features the Yoshino Sakura character as a seemingly ordinary third grader with secret special powers.