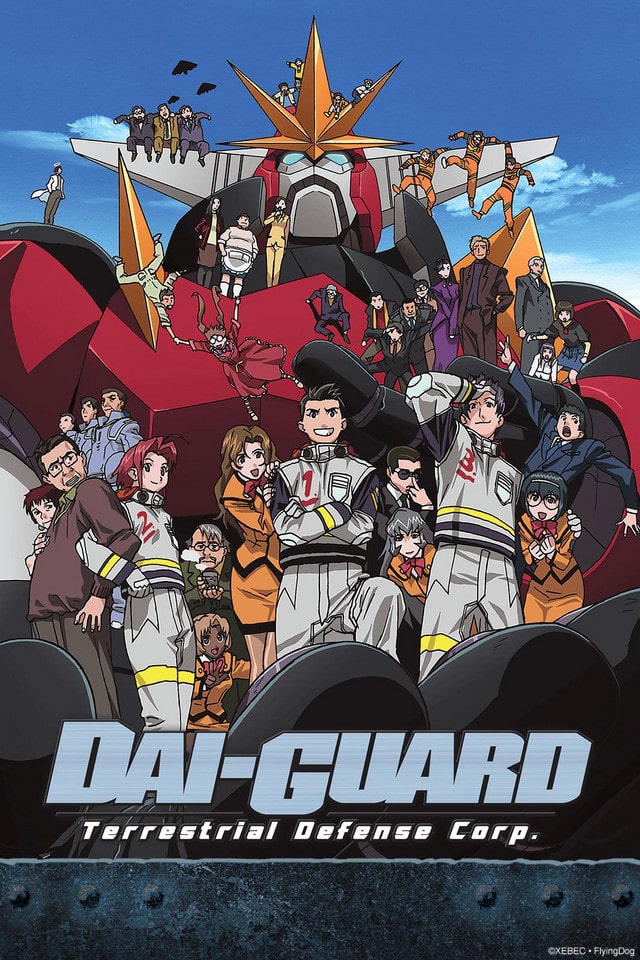 We Only THOUGHT We Were Prepared… Twelve years ago, the Earth was attacked by giant invaders. To defend our planet, the Earth’s greatest minds and corporations assembled to design a giant robot of incredible power. By the time the robot was ready, the mysterious invaders had already disappeared without a trace. The giant robot became first a curiosity, then a tourist attraction. But now the invaders are back and the only thing in their way is Dai-Guard and a young team of office workers who’ve been supplementing their regular incomes as part time pilots and tour guides.