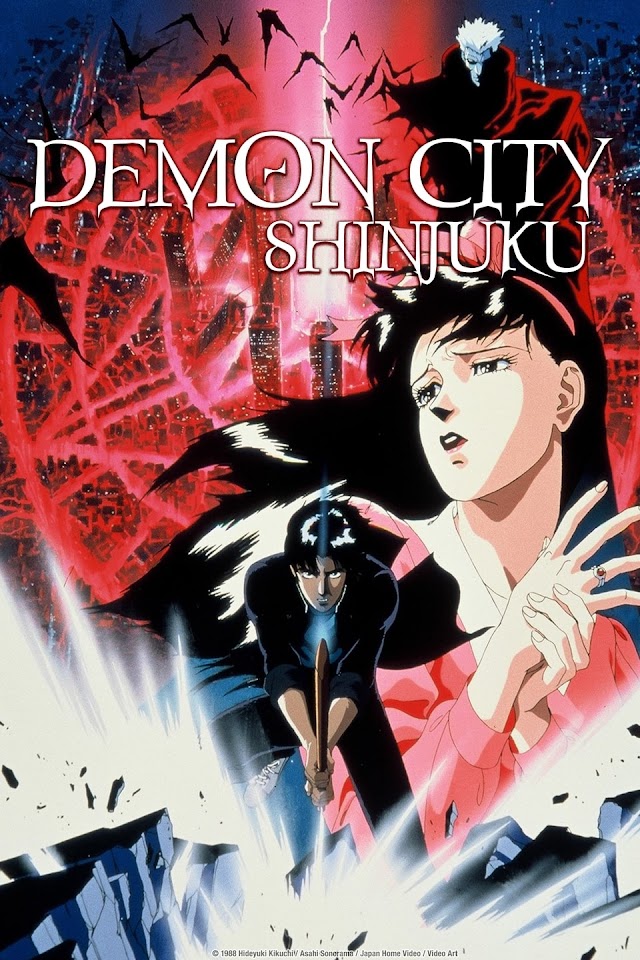 Tokyo. The glittering skyline that once rivaled any in the world, lies cracked and crumbling under the weight of an oppressive evil. A single man stands responsible – the tyrannical Levih Rah who has created this Demon City in Shinjuku, the heart of Tokyo. But and he doesn’t plan on stopping there! Rah’s mission is to destroy the entire planet…

For years, no one has dared to cross the foul moat which Rah has built around the Demon City. However, the young, beautiful Sayaka Rama is desperate to rescue her father, who has been taken captive by Rah and his monstrous minions.
She enlists the help of Kyoya, a streetwise Tokyo teenager. The two bravely venture into the Demon City, where they encounter the fascinating, mystical character Mephisto, whose spiritual healing powers could save them from annihilation.
But can this rugged band actually overcome the might of Rah’s army of thugs? And even if they do, will they be able – destroy the Levih Rah himself?