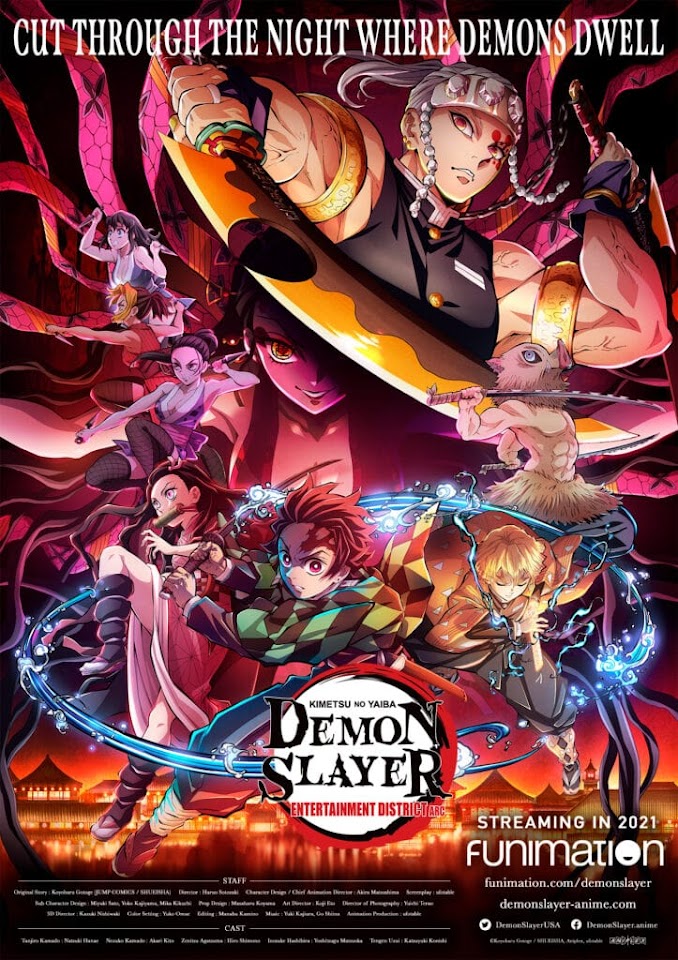 Funimation has formally announced plans to simulcast the Entertainment District Arc of the smash hit TV anime Demon Slayer: Kimetsu no Yaiba. The simulcast will begin later this year with prermiere time and date still to be determined. The new arc directly follows the events of the hit feature film Demon Slayer -Kimetsu no Yaiba- The Movie: Mugen Train and will follow Tanjiro, Nezuko, Zenitsu and Inosuke in a new mission with the Sound Hashira Tengen Uzui.

The Night Beyond the Tricornered Window