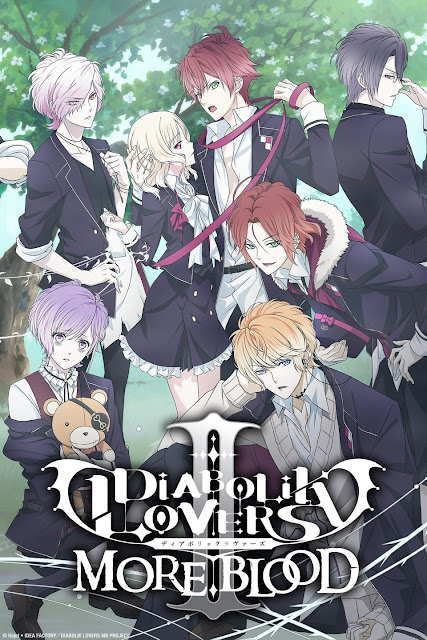 The second season of Diabolik Lovers.

Picking up where the first season ended, MORE,BLOOD we returns to the Sakamaki mansion and its blood-sucking inhabitants. After resolving the mysteries of Cordelia and her transformation into a vampire, things seem to have calmed down for Yui Komori. That is, until she begins to have a series of strange dreams revolving around an enigmatic figure called “Eve.” Suddenly, four new vampires calling themselves the Mukami brothers appear on the scene, and they think that Yui is the mysterious “Eve!”

Love Live! Sunshine!! The School Idol Movie: Over the Rainbow