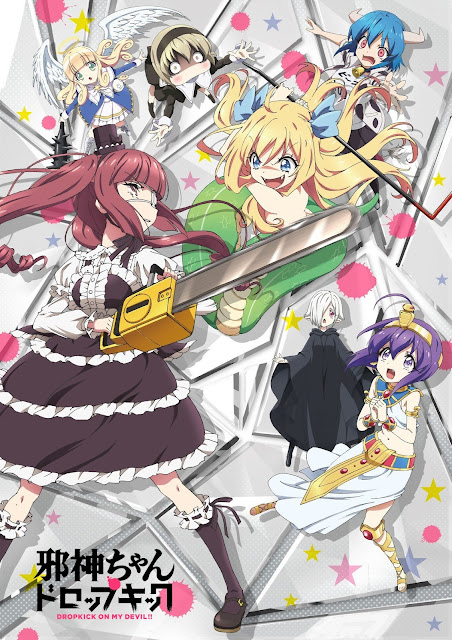 Dropkick on My Devil!

Sequel: Dropkick on My Devil!! Dash

The demon Jashin-chan has been summoned to Earth by Yurine Hanazono, a girl with a knack for the occult. Unfortunately, Yurine does not actually know how to send Jashin-chan back to Hell. Now stuck on Earth, she must live at Yurine’s apartment as her familiar.

The only way for Jashin-chan to return would be to kill her summoner, but this is easier said than done for the incompetent demon. Since Jashin-chan is immortal and can regenerate her body, Yurine does not hold back in attacking her with a range of weapons, punishing her in gruesome manners for her evil schemes. Jashin-chan is also often visited by her demon friends: the kindhearted Gorgon Medusa and the energetic minotaur Minosu, who seem much more well-behaved in contrast, and disapprove of her plans to kill Yurine.

Dropkick on My Devil! is a comedy focusing on these two reluctant roommates and their bizarre antics as they get by with their cat-and-mouse relationship.