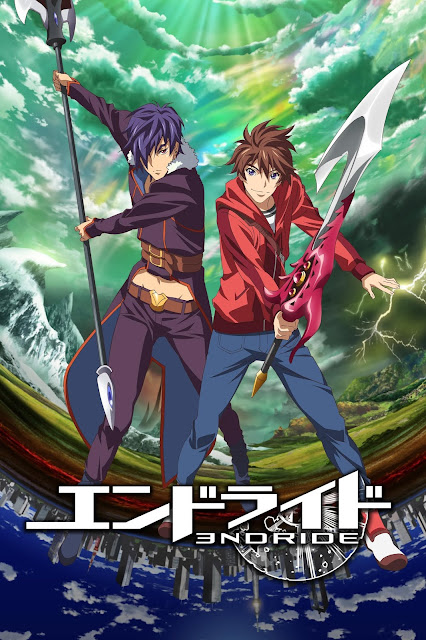 Endra is an unknown world beneath the surface of Earth itself. It is another world, where the giant Adamas shines above and seven-colored bands drift across the skies. One day, Shun Asanaga – an ordinary yet positive and bright 15-year-old middle school boy who lived in the “Land Above” – discovered a mysterious crystal at his scientific businessman father’s company, and the moment he touched the crystal, he was transported to Endra. He meets the recently captured 16-year-old Prince Emilio, who strongly despises the current King Delzaine and was imprisoned after seeking vengeance against the current monarch.

Shakugan no Shana: Season I