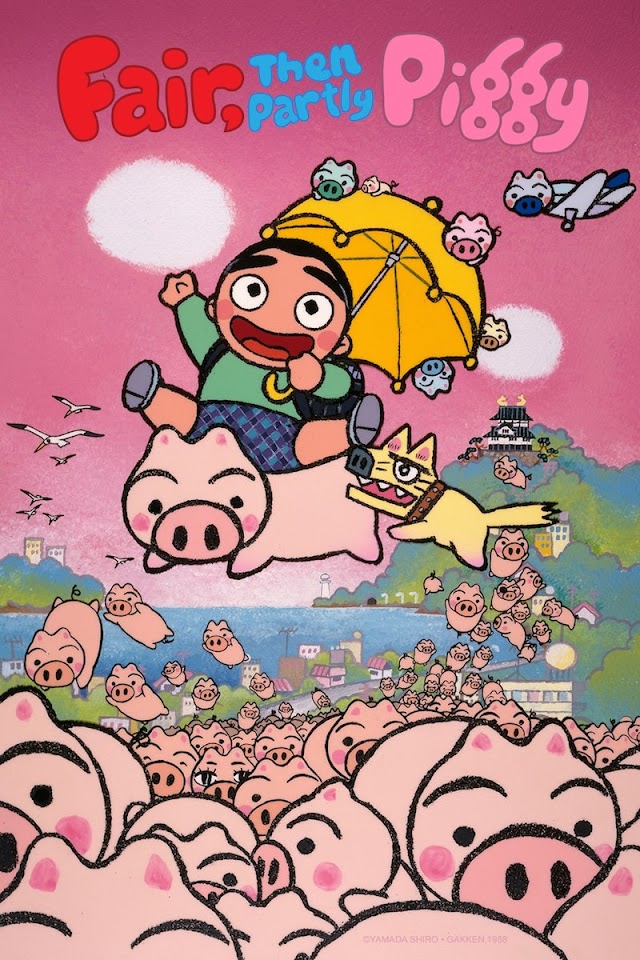 In this feature-length comedy adaptation of the classic picture book series, Noriyasu seems like an average third-grader, but his life goes haywire after he catches his mother reading his private daily journal. In an effort to astonish her, he begins writing outlandish lies about a giant snake in the bathroom, cooking pencils for dinner, and a rain of pigs, but Noriyasu is the one who’s shocked when his writings play out in reality and everyone else treats the events as normal. Things become even more chaotic when he takes several stabs at being a newspaperman, producing “fake news” that become the talk of the town and one resulting in an apocalyptic porcine holiday!