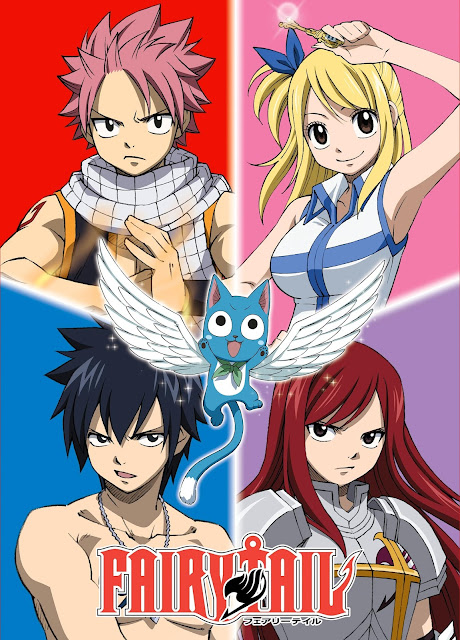 In the enchanted Kingdom of Fiore, the lively Lucy Heartfilia has one wish: to join the renowned Fairy Tail—one of the many magical wizard guilds scattered around the continent. Luckily, a chance encounter with Natsu Dragneel, the “Salamander” of Fairy Tail, whisks her into the legendary guild.

From Natsu’s rivalrous antics with ice wizard Gray Fullbuster to the frightening presence of the unmatched combat goddess Erza Scarlet, Fairy Tail’s powerful mages have a slight penchant for trouble. Through all the lucrative odd jobs and adventures to save the world from destruction lies an absolute and unyielding trust stronger than family that has formed between each guild member.

Teaming up with Natsu, Gray, and Erza, Lucy finds herself amidst the guild’s most misfit wizards. But as they constantly stand in the eye of every danger, there is one name that never ceases to resurface: Zeref, the feared master of dark magic.