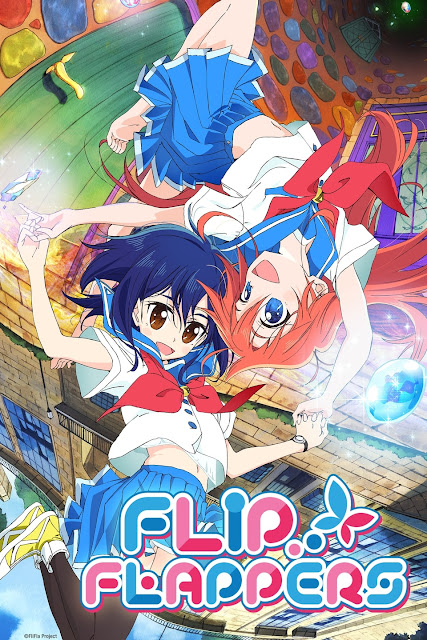 As a middle school student, Cocona has been trying to decide what to do with her life. Magical Girl, however, wasn’t a career path that she’d ever considered. When suddenly a strange girl named Papika thrusts her into a secret organization called Flip Flap, Cocona’s outlook does a radical flip-flop. Her views start to change when she is dragged into an alternate dimension called Pure Illusion where she’s charged with gathering crystal shards and fighting strange creatures. Now, between running missions and facing off against a rival organization, Cocona doesn’t have much time to consider alternate career choices. What are these shards, and why is gathering them so important? There’s a mystery to be solved and multiple worlds to be saved in FLIP FLAPPERS!