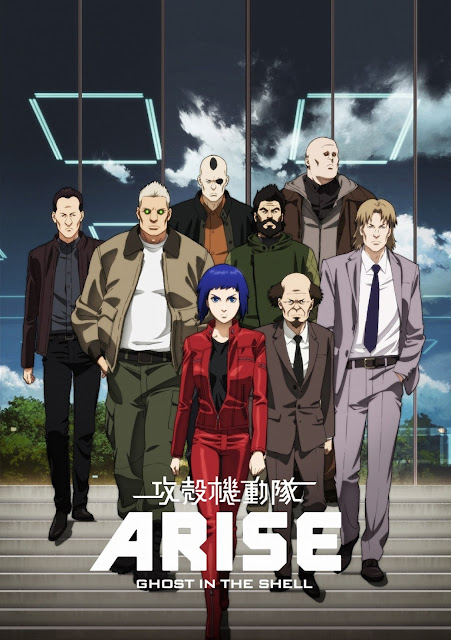 A bomb has gone off in Newport City, killing a major arms dealer who may have ties with the mysterious 501 Organization. Public Security official Daisuke Aramaki, hires Motoko Kusanagi to investigate, but on the case with her are “Sleepless Eye” Batou, who believes Kusanagi is a criminal, Detective Togusa of the Niihama Police who is investigating a series of prostitute murders he believes are related to the incident, and Lieutenant Colonel Kurtz of the 501 Organization who also wishes to keep an eye on Kusanagi. Kusanagi is subjected to memory loss that inhibits her progress in the case and it is later revealed that she was implanted with false memories, a product of a failed “Ghost Hack” she had performed on the money-laundering conspirator Mamuro, who was infected with a memory virus. Once she realizes that the 501 Organization was involved with the scandal, she leaves the unit, now in legal possession of her own prosthetic body. She is met by Aramaki, who proposes the formation of a new unit within Public Security.