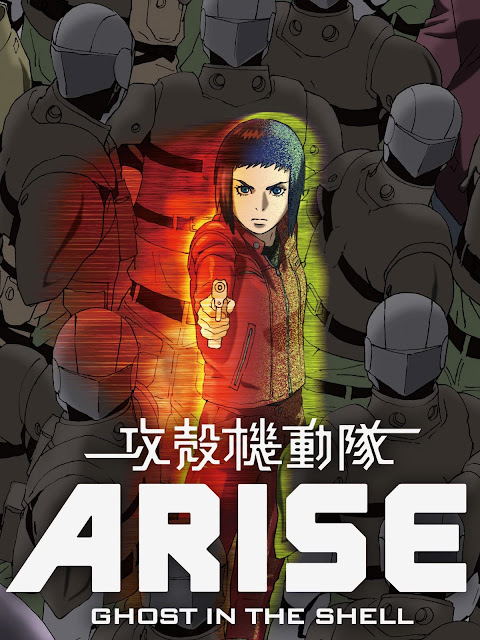 Second movie of Ghost in the Shell: Arise.

A former soldier from the Qhardistani War named Kazuya Soga is being tried for “crimes against humanity” by the Japanese government. To prove his innocence, Soga sends his men to retrieve evidence hidden somewhere in a web of information called “Pandora’s Box”. This team is led by the former Ranger Batou, who also employs intel officer Ishikawa and Borma as well as the rest of Soga’s men. Major Kusanagi is sent to investigate the matter and results in an all-out war between Public Security and Soga’s group. Along the way, she is allied with Paz as well a female American Special Forces member named “VV”. Saito is also involved, but changes sides depending on who offers more money. After the Kusanagi invades Soga’s cyberspace, she discovers that he was affected by a memory-falsification virus that covered up the truth of what happened in the war, in which he indeed killed the refugees who were in fact guerrillas. When he learns the truth he decides to kill himself, but the virus he tried to upload to Pandora’s Box is still being carried through by none other than VV. With the help of Batou, VV is killed before she can complete the transfer and is revealed to be an android when the battle ends. Kusanagi promises Batou that he may be taken out of incarceration, but only if he decides to join her team.