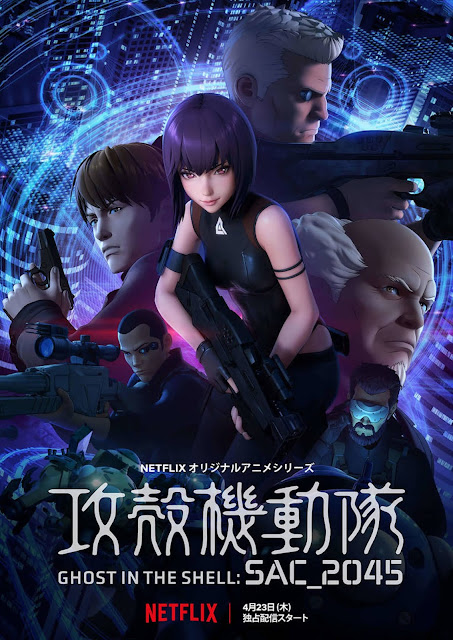 The year is 2045, and artificial intelligence has undergone tremendous developments. Governments use them as weapons, engaging in never-ending warfare to sustain their economies. The mercenary group GHOST, headed by Major Motoko Kusanagi, is no stranger to this landscape. However, the rapid innovation of this technology causes a new threat to loom over the horizon.

Having left Public Security Section 9, Kusanagi and her group are involved in many operations worldwide related to these proxy wars. But a seemingly simple job of locating an arms dealer drags GHOST into a hidden conflict against cybernetically enhanced individuals, who have inexplicably gained extreme intelligence and physical abilities. Dubbed “post-humans,” their emergence sets off a chain of events leading to the reunion of Section 9. Armed with a new mission, it is up to Kusanagi and her reestablished team to prevent global chaos at the hands of these post-humans.