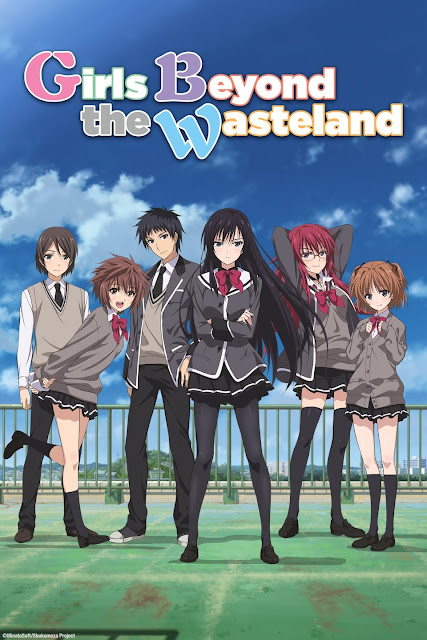 Buntarou Hojo has a gift for envisioning plots and scenarios in his head, but when it comes to imagining a story for his own life, he has a bad case of writer’s block. Writing scripts for his high school’s drama department has given him a temporary outlet, but when school ends, what’s next? Just when Buntarou’s future seems its bleakest, classmate Sayuki Kuroda asks him to write for her bishoujo video game development group. Suddenly, all the pieces start to fall together, but as Buntarou and Sayuki recruit more girls (and one romantically challenged guy), they’ll find that the path through the wasteland of life is filled with more twists than any game. Expect the unexpected as making a computer-simulated romance becomes a real-world drama in GIRLS BEYOND THE WASTELAND!

Alternative Titles: Shoujo-tachi wa Kouya wo Mezasu, Girls Beyond the Wasteland, The girls who aim for the wildlands, Girls beyond the youth KOYA, Shokomeza, 少女たちは荒野を目指す