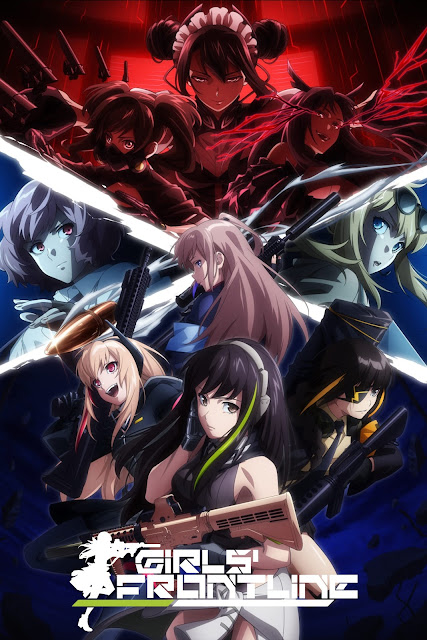 The year is 2045, and the entire world has been contaminated by the Collapse Fluid. With the rise of conflicts concerning the most basic of human needs with shelter and foods, the Third World War erupted. What’s left after the war is but a world in ruins. As civilisation is pushed to the brink of destruction, both war and the dwindling number of manpower has stimulated the advancement of machine technology, which resulted in the creation of “Dolls” that are created in the image of the humans.

As they are manufactured in order to provide all kinds of service to humans, these dolls do not look any different from any normal human girls. However, they are a machine lifeform with abilities far surpassing any human. Those are what these “Dolls” are. As technology progresses even further, many military organizations started using Dolls that are uniquely matched with firearms, called “Tactical Dolls”.

Amidst all of this, the AI of the weapon manufacturing company “Sangvis Ferri” started a revolt against mankind. The PMC “Griffin & Kryuger” is ordered to investigate and stop them, and thus a battle awaits the Griffin T-Dolls. Within the G&K is a group of the most advanced T-Dolls, called the “AR Team”, and along with a human commander of G&K, they will attempt to restore order to various regions, protect the safety of mankind, while also exposing the grand mystery that lies behind their fights. What awaits at the end of their fierce battle…?