Home » Music » GIVEN The Movie 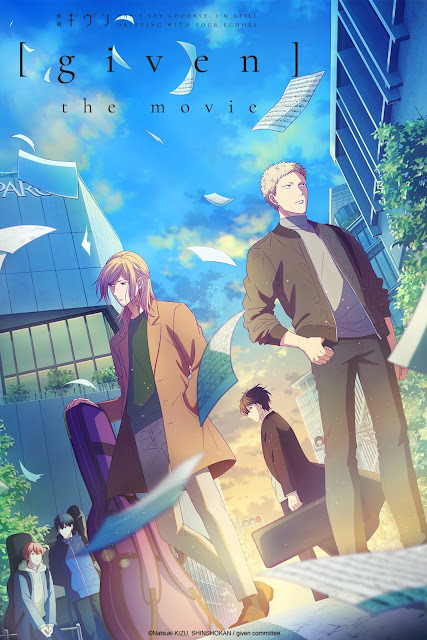 High school student Ritsuka Uenoyama is shocked when he hears Mafuyu Sato’s singing voice. He and his other bandmates, Haruki Nakayama and Akihiko Kaji, then welcome him into their band as a vocalist. After Mafuyu joins, their first live performance is a huge success, and they make their official debut as the band “Given.” In the midst of all this, Ritsuka realizes that he has feelings for Mafuyu and they start seeing each other. Meanwhile, Haruki secretly has had feelings for Akihiko for years, but Akihiko was still in a relationship with his roommate, the violinist Ugetsu Murata. Haruki, Akihiko, and Ugetsu’s love clashes on the big screen and starts to move forward.