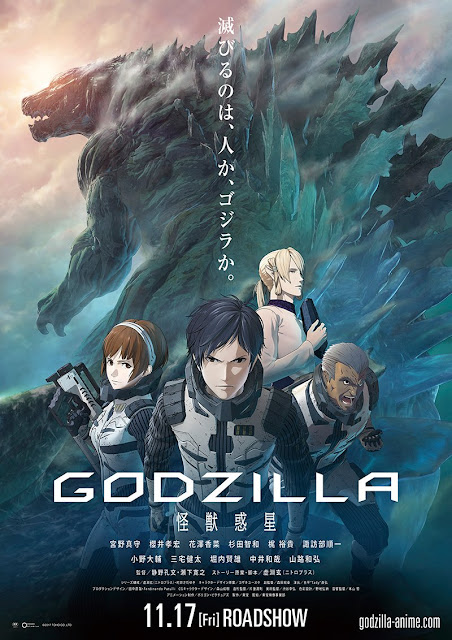 GODZILLA Planet of the Monsters

Sequel: GODZILLA City on the Edge of Battle

Twenty thousand years after the fall of humanity, Earth succumbed to legions of ravenous creatures who now freely roam the planet. Far away in the depths of space, the last surviving members of humanity float aimlessly in the same ship they escaped Earth with so many years ago. With the spacecraft running dangerously low on resources, the survivors’ leading council must decide on their path forward: should they continue to gamble on finding another Earth-like planet to inhabit, or take to heart an anonymous essay theorizing what may be the only weakness of the”Godzilla,” who forced the last remnants of humanity off their home world?

The author of the controversial essay is Haruo, a man who witnessed the death of his parents to Godzilla at a young age, which has led him to harbor an obsessive hatred for the monster. Now, he spearheads the operation aimed at reclaiming humanity’s birthright from the King of monsters and slay him once and for all. But, alongside humanity, Earth has undergone drastic change since their departure; Godzilla and its numerous spawns may pale in comparison to the darkness lurking within the hearts of this close-knit community of survivors.