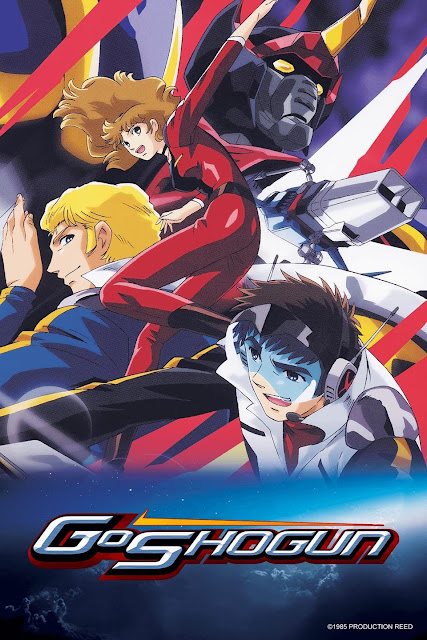 Former soldier Shingo Hojo, French spy Remy Shimada, and Bronx gangster Killy Gagley aren’t exactly your “hero of justice” types. They’d rather be flirting, bantering, and goofing off than battling evil. But when the malicious worldwide organization Docooga attempts to steal a new, powerful form of energy called Beamler, they’ll take up arms to fight them… in the awesome giant robot, GoShogun! Now pursued around the world in their teleporting carrier Good Thunder, GoShogun’s piloting team must keep Docooga at bay while foiling their eccentric enforcers, righting wrongs and facing their past.

Crest of the Stars