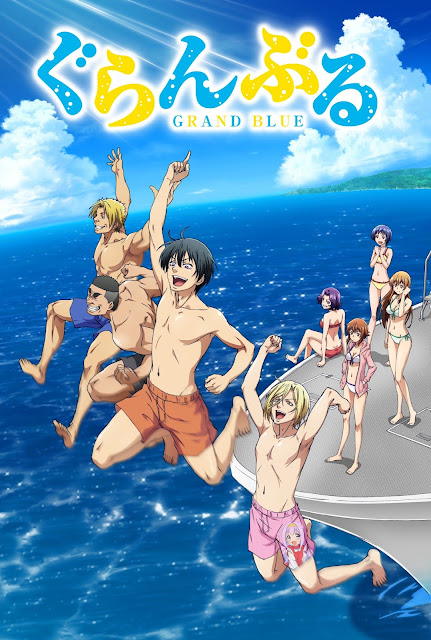 Iori Kitahara moves to the coastal town of Izu for his freshman year at its university, taking residence above Grand Blue, his uncle’s scuba diving shop. Iori has high hopes and dreams about having the ideal college experience, but when he enters the shop he is sucked into the alcoholic activities of the carefree members of the Diving Club who frequent the place. Persuaded by upperclassmen Shinji Tokita and Ryuujirou Kotobuki, Iori reluctantly joins their bizarre party. His cousin Chisa Kotegawa later walks in and catches him in the act, earning Iori her utter disdain.

Based on Kenji Inoue and Kimitake Yoshioka’s popular comedy manga, Grand Blue follows Iori’s misadventures with his eccentric new friends as he strives to realize his ideal college dream, while also learning how to scuba dive.