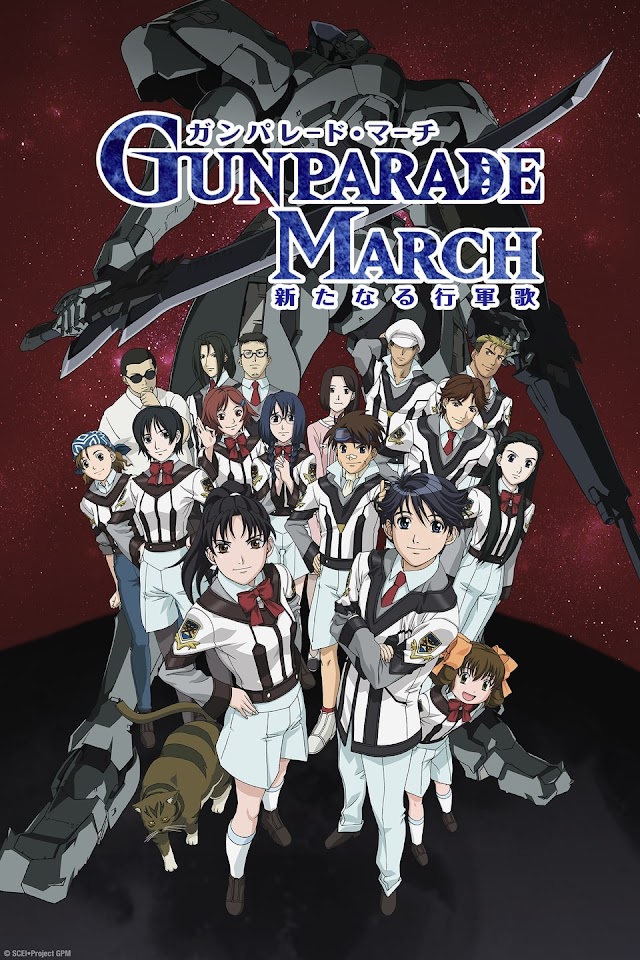 In 1945, the alien invasion ended World War II and united humanity against a common enemy. Now, more than 50 years later and after countless deaths, a new group of teenagers has been drafted to train as pilots of the advanced combat mecha known as Humanoid Walking Tanks (HWTs). For Atsushi Hayami and the rest of Unit 5121, the odds of living to see their twenties now depends on the hardened battle steel of their armor, the courage and strength of their comrades in arms and the tactics of superior officers who see them as game pieces to be played against the Phantom Beasts. Friendships and love blossom against a battle-torn landscape, and every day is another desperate struggle to survive a seemingly endless war in GUNPARADE MARCH!

Science Fell in Love, So I Tried to Prove it