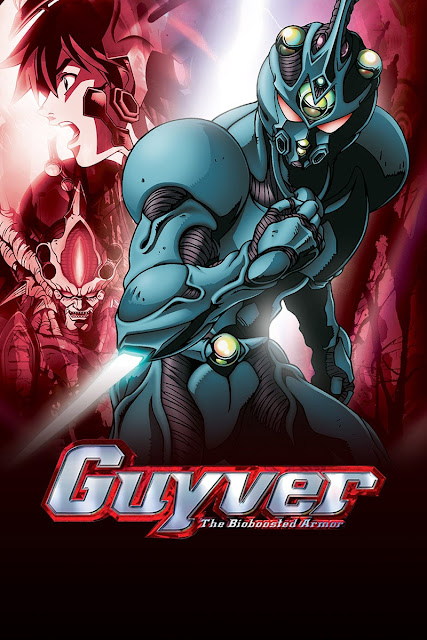 While investigating a mysterious explosion, Sho Fukamachi discovers the Chronos Corporation’s greatest weapon: a techno-organic suit of bio-armor known as the Guyver. With Chronos determined to conceal its secrets, Sho finds himself relentlessly pursued by an army of horrific bio-monsters. When he runs out of options, Sho is forced to call upon the fearsome powers of the Guyver.