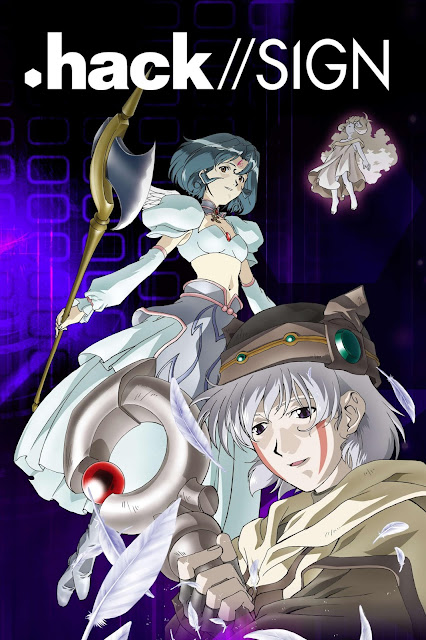 A young wavemaster, only known by the alias of Tsukasa, wakes up in an MMORPG called The World, with slight amnesia. He does not know what he has previously done before he woke up. In The World, the Crimson Knights suspects him of being a hacker, as he was seen accompanying a tweaked character in the form of a cat. Unable to log out from the game, he wanders around looking for answers, avoiding the knights and other players he meets along the way.

As Tsukasa explores The World, he stumbles upon a magical item that takes the form of a “guardian,” which promises him protection from all harm. Subaru, the leader of the Crimson Knights, along with several other players who became acquainted with Tsukasa, set out to investigate why Tsukasa is unable to log out, and attempt to get to the bottom of the problem before it gets out of hand.