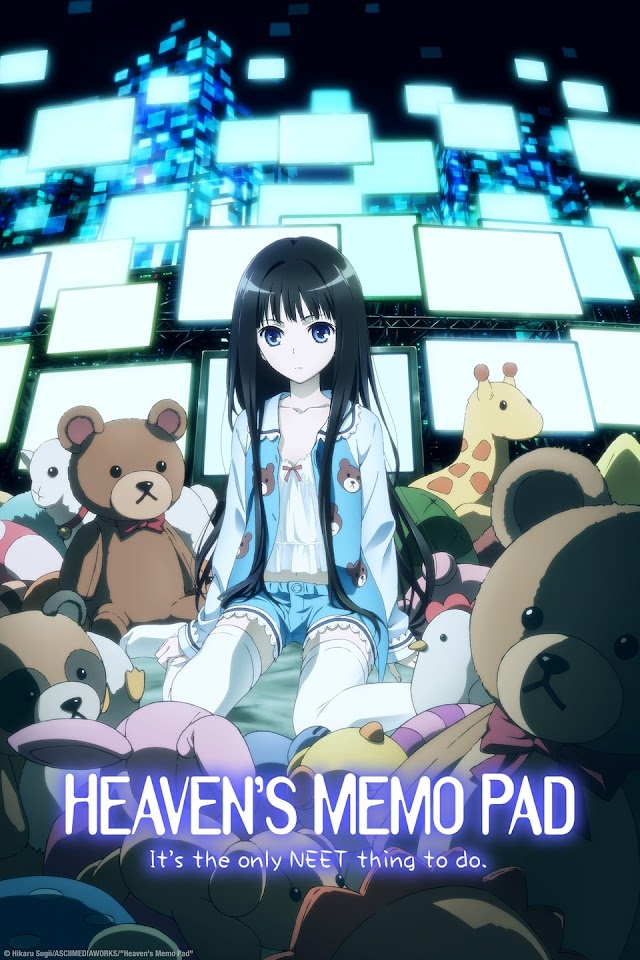 Narumi Fujishima is an ordinary high school boy who is isolated from his classmates. When he reluctantly joins the gardening club and meets the reclusive, genius detective named Alice and her band of detectives known as the NEETs, Alice hires Narumi as an assistant and puts him to work solving the strange mysteries of Angel Fix, an illegal drug that makes people go crazy. Little does he know it could put him and Ayaka in serious trouble. Get your fix of mystery in Heaven’s Memo Pad!