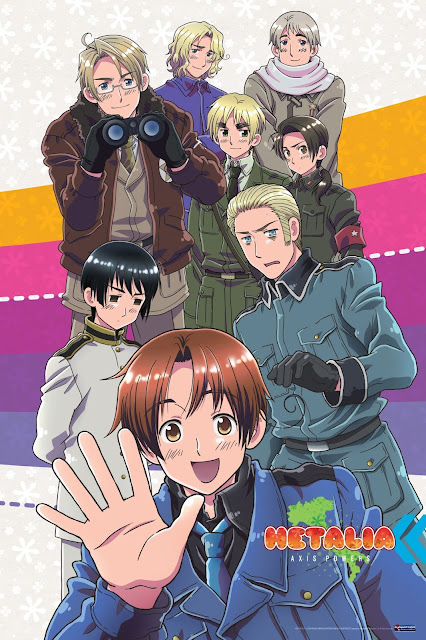 What if nations were people? What traits would they have? What would this mean for historical events?

Hetalia Axis Powers takes these questions and runs with them, personifying countries into characters. The show takes a comedic and light approach to politics and historical events while educating the viewer.

Taking place primarily during the events of World War I and World War II, the story focuses on the Axis Powers and occasionally throws the spotlight onto the tumultuous relationship between the Allied Forces. The Axis Powers feature the titular character North Italy, who is clumsy, carefree and loves pasta; Germany, who is very serious but easily flustered; and Japan, who is stoic but has bizarre interests.

Based on Hidekaz Himaruya’s widely popular webcomic turned print manga, Hetalia Axis Powers is a historical comedy that pokes lightly at culture, examines the relationships between nations and breathes fun into history.