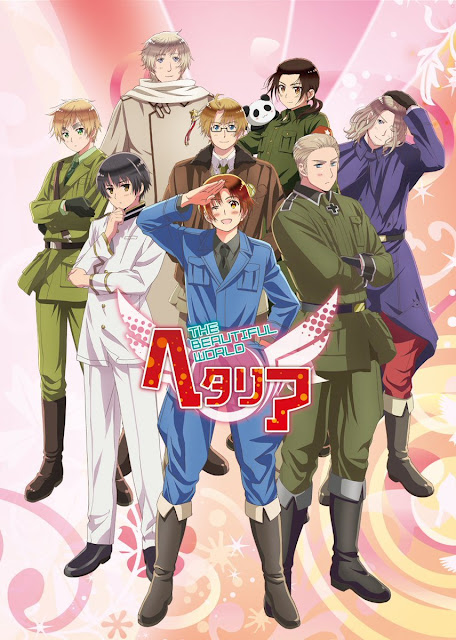 Italy, once home of the strongest empire in the world, has changed. This is the story of Italy, now a cowardly pasta-loving fool, and his friends (other personified countries of the world) as they live through strange moments in world history. (This is a continuation of the first series “Hetalia: Axis Powers” and “Hetalia World Series”. However, its design will be somewhat different, the theme being Kira☆Kira (キラ☆キラ, literally “Sparkle☆Sparkle”) because it’s supposed to look prettier than either “Axis Powers” or “World Series”. More new characters will be introduced to the series.

WATATEN!: an Angel Flew Down to Me