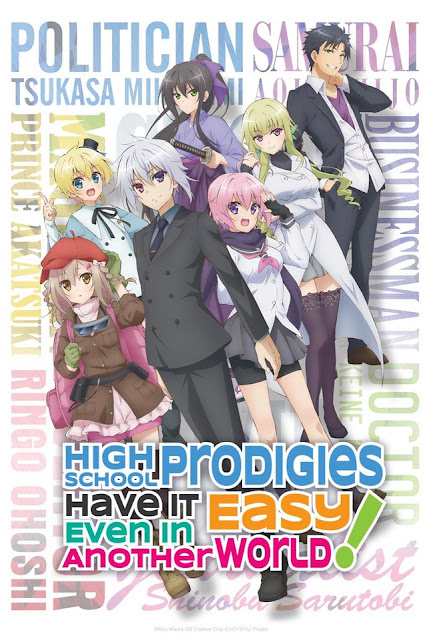 Seven high school students are involved in an airplane crash. When they woke up, they found themselves in a parallel world where magic and beastmen exist. Of course, they panicked at their sudden unexpected predicament… or not? Instead, they create a power plant in a world that doesn’t have electricity, they did a little extra work and managed to take economic control over a metropolis, they managed to repay their gratitude to some oppressed citizens by upending a corrupt government, and basically do whatever they feel like?!

Alternative Titles: Choujin Koukousei-tachi wa Isekai demo Yoyuu de Ikinuku you desu!, CHOYOYU!: High School Prodigies Have It Easy Even in Another World!, Super Human High Schoolers Are in Another World, But Seem to be Living in Comfort!, 超人高校生たちは異世界でも余裕で生き抜くようです！